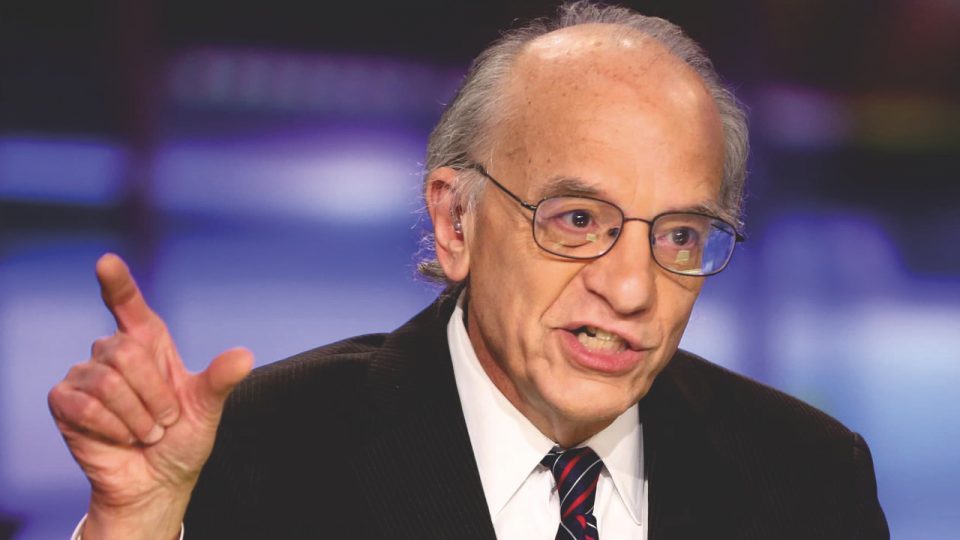 A finance professor at the Wharton School of the University of Pennsylvania has warned of “bitcoin taking over.” He added that the Fed “has been terribly wrong over the last year” about inflation and must now act to defend the U.S. dollar.

Finance Professor Urges the Fed to Take Action to Defend the U.S. Dollar

Wharton’s finance professor Jeremy Siegel shared his view on inflation, “bitcoin taking over,” and the need for the Federal Reserve to defend the U.S. dollar in an interview with CNBC Friday.

Commenting on Federal Reserve Chairman Jerome Powell indicating last week that the first rate hike will be in March and will likely be 25 basis points, Siegel criticized that the Fed is already behind and should be making a more aggressive move.

“They’re going to have to do much more than that … I’m actually disappointed that Chairman Powell did not look at the history that this is not a time for us to slow down,” the Wharton finance professor stressed, elaborating:

The Fed has been terribly wrong over the last year. I mean, all this temporary inflation. Look at the protection they did for inflation last year — so way below what actually happened all the way to December.

He said last week that it would be a “big policy mistake” for the Fed to slow down interest rate hikes because of the situation in Ukraine.

While stating that “Jay Powell is a very good man” and “a good communicator,” Professor Siegel stressed: “The Fed has been very wrong and they are going to have to catch up and they really have to admit they’ve got to bite the bullet here.”

Regarding bitcoin, he urged the Federal Reserve to take action to defend the U.S. dollar, emphasizing:

We talk about bitcoin taking over. We’ve got to defend the dollar.

The professor has been noting the rise in popularity of bitcoin for quite some time. In January, he said that BTC has replaced gold as an inflation hedge for millennials.

He also warned that the Federal Reserve is “so far behind the curve that we have a lot of inflation that is embedded in,” predicting that “The Fed is going to have to hike many more times than what the market expects.”

What do you think about Professor Siegel’s comments? Let us know in the comments section below.

More Pain For Crypto Market Ahead! This is What Traders Can Expect