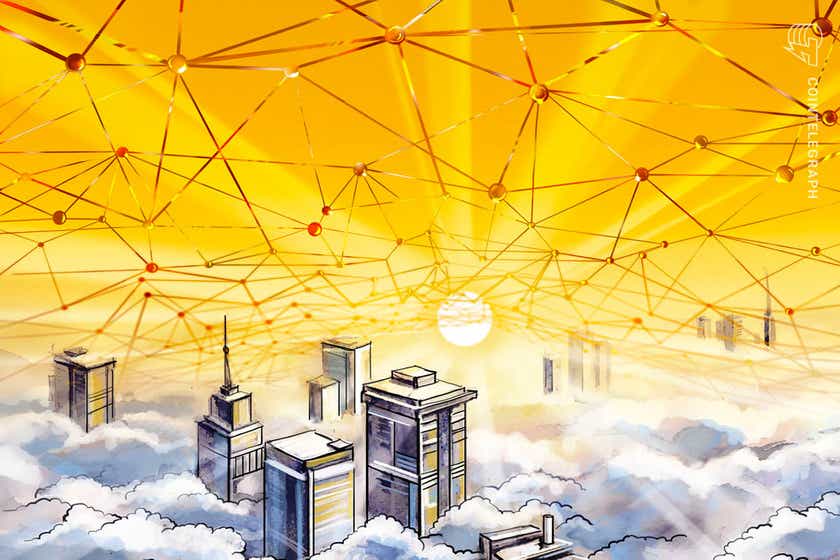 When the tanks swept over eastern Europe, causing social and economic earthquakes throughout the world, the epidemic wounds had only begun to appear. Despite the explosions and bombings, the IPCC climate change warning can be heard loud and clear: “Any further delay in coordinated global action would lose a limited and quickly closing window to assure a liveable future.”

As we approach the top five existential hazards to mankind, all of which intersect on the word “environmental,” technology will once again be heavily dependent on it to deliver the miracle cure that will rescue the earth. We thrived and developed into today’s modern societies as a result of massive industrialization, which left only 3% of the world’s land unaffected by human activity; wiped out 68 percent of the world’s wildlife; warmed the planet during the warmest decade in 125,000 years; and stressed and overshot the planet’s boundaries, defining essential human primacy.

The internet was first launched in Web 1.0. In exchange for our personal data with the global big technologies, Web 2.0 globalized businesses, connected global societies with the internet, and gave us the anytime-anywhere-anything button. Still, technological advancements are required to provide remarkable capabilities in record time in the unusual times ahead.

For starters, Web 3.0 restores our data ownership by keeping it in decentralized networks that are no longer controlled by a single large owner. Users become stakeholders in the network, which allows for the tokenization and transaction of anything. Web 1.0 allowed users to ‘Read,’ Web 2.0 allowed users to ‘Read and Write,’ and Web 3.0 will completely transform the internet experience through immersive and cognitive engagement. Blockchains, cryptocurrencies, Non-Fungible Tokens (NFT) – digital collectibles, Decentralized Autonomous Organizations (DAO), and Metaverse can all possibly lead to a powerful journey into a more sustainable society. They have the potential to offer solutions at scale to tackle real-world challenges, with capabilities spanning data, machine learning, artificial intelligence (AI), augmented reality (AR), and virtual reality (VR) (VR).

We’ll recall that the first time blockchains and cryptocurrencies were mentioned in relation to sustainability, it was because of their infamous emissions. Massive blockchain emissions have surpassed those of Ukraine, the Netherlands, Italy, Argentina, and the United Arab Emirates. According to projections, Bitcoin mining in China would require more energy than 181 nations combined by 2024.

Solutions appear to be falling into place as a result of popular worries and queries, and ideally at a fast enough rate to secure technology while also limiting environmental damage. The conventional “Proof of Work” (PoW) mining technique, which used a lot of computing power, is being reconsidered in favor of approaches like “Proof of Stake,” “Proof of Capacity,” and “Proof of Commitment,” which use a lot less energy. While Ethereum, the second most popular cryptocurrency, is making headway in this area, Bitcoin, the master polluter, appears to be relying on renewable energy sources. According to a Crypto Benchmarking Study, 76 percent of PoW miners employ some form of renewable energy, and renewables account for 39 percent of overall PoW energy use.

As we see headlines like Tesla’s declaring that it will restart taking Bitcoin as a method of payment if the cryptocurrency’s mining rate hits 50% renewables, the trends appear to be heading in the right direction.

Government laws and legal ownership, cyber security concerns, criminal vulnerability, scalability, and privacy are all battles that technology is now engaged in. It’s vital to address these critical negative effects and allow technology to reach its full potential.

By eliminating middlemen, manual mediation, and arbitration, authority is not centralized, and costs are reduced.

2. Based on a consensus:

Ensures the greatest degree of governance by reinforcing dependability and traceability.

Smart contracts and transactions are delivered in a safe, trustworthy, and secure manner.

Reduces the possibility of bribery and manipulation.

Let’s take a look at some of the early adaptations and the possibilities they provide.

When it comes to driving the growth and prosperity of countries, financial markets are just as strong as governments. However, power is concentrated in facilitators such as financial firms, making institutions the single point of failure for risk and ultimate control, leaving 1.7 billion individuals worldwide without access to financial services.

As a result, Decentralized Finance (DeFi) is intended to tear down boundaries and disrupt the old financial system. DeFi allows financial applications to be developed using blockchain technology, which creates smart contracts that eliminate the need for middlemen.

The UN’s World Food Programme (WFP), which distributes food to refugees throughout the world, is one of the greatest instances of DeFi implementation. Food transportation and distribution has traditionally been difficult, time-consuming, inefficient, and sometimes destructive to local market systems. A solution necessitated transmitting funds in a secure and cost-effective manner straight to a recipient whose identity is frequently forged.

Using standard banking methods necessitated creating secure and dependable bank accounts for millions of refugees through local institutions. In crisis-affected countries, banking systems are frequently found to be unstable. WFP launched the Building Blocks initiative, which used blockchain and biometric technologies to create a system that allows WFP to work directly with local merchants, bypassing a slew of intermediaries including banks and shipping firms. Each recipient gets their own virtual bank account, which is linked to their biometric identification. Building Blocks allows refugees to stroll into businesses and scan their iris to check out their supplies, removing the need for bank accounts and wallets from the equation.

In recent years, blockchain has made significant progress in its application to climate change. Among the capabilities are:

‘Oracle’ are entities that connect blockchain to other systems and allow large real-world data to be exchanged.

Without the need of intermediaries, the ability to do sophisticated business processing and trigger dependable cognitive business action.

Make blockchain the leading technology in the battle against climate change.

Let’s look at some instances of how blockchain-based self-executing contracts that are completely traceable, verifiable, and irreversible might help battle climate change.

1. Monitor climate activity and encourage the adoption of sustainable practises:

It has been demonstrated that fully automated smart contracts may operate as end-to-end incentive systems that can track activities, results, and incentivise people, corporations, communities, and governments without the need for manual involvement. Agricultural data sets (crop yields, soil quality, etc.) are consumed by the oracles, as are weather reports, biodiversity change, and afforestation. The blockchain may then process them and distribute suitable actions, such as dispatch incentives, insurance approval, and carbon offset verification.

The present energy trading system is reliant on middlemen and their expenses, which results in inefficiencies and high friction. A blockchain-based system can enable peer-to-peer energy platforms, in which renewable energy can be sold among neighbors without the need for a middleman or transaction processing charges. This prosumer (producers who are also consumers) business model allows for large volumes of minor trading transactions in the trading market, which reduces monopoly and makes energy more affordable. These networks also give renewable energy production traceability and certification.

According to a recent estimate by Climate Action Tracker, the global climate funding gap would exceed $5 trillion per year by 2030 and will persist until 2050.

Money can be readily transported throughout the world without the need of financial middlemen and at a low cost thanks to blockchain and crypto assets. Individual and corporate energy investors may acquire solar cells in modest quantities and sell the clean electricity generated via blockchain-based platforms. The platforms allow for the distribution and receipt of digital currency funds from diverse investors all around the world. The climate funding flow will be more efficient and transparent thanks to blockchain, which will increase confidence between recipients and investors.

Airplanes, computers, the internet, self-driving vehicles, and visits to the Moon and Mars were once little more than a catchphrase. Web 3.0 has just shown up on the horizon of the not-so-far future. Technicalities must be stabilized, legality must be established, and democracy must be accomplished.

Collaboration, transparency, dependence, trust, and a passion for life are all required for sustainability, as is a collaborative effort linked to a network that must connect the whole human race, in the context of which Web 3.0 has its heart in the right place.