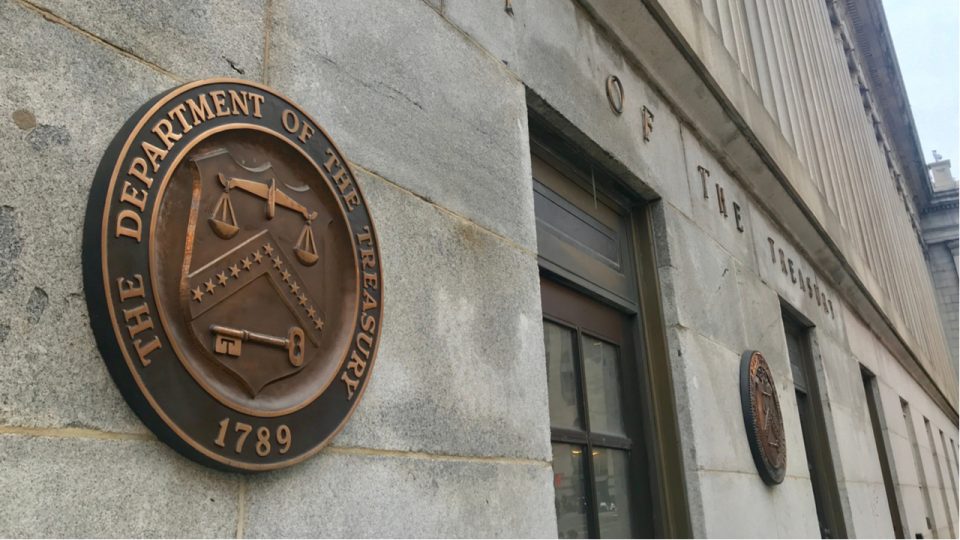 In an attempt to deny Russia opportunities to evade sanctions through cryptocurrencies, the U.S. Department of the Treasury has sanctioned leading Russian mining firm Bitriver. The move comes amid concerns that Moscow may use the minting of digital coins to monetize its energy resources.

Zug-Based Bitriver and Its Russian Subsidiaries Blacklisted by United States

The U.S. Treasury Department has for the first time taken action against Russian crypto miners that could ostensibly facilitate Moscow’s efforts to circumvent international restrictions imposed over the war in Ukraine. On Wednesday, the department’s Office of Foreign Assets Control (OFAC) designated Bitriver and a number of affiliated companies in a new round of sanctions against Russian entities and individuals.

Russia has a comparative advantage in crypto mining due to its abundant energy resources and cold climate, the department elaborated. “However, mining companies rely on imported computer equipment and fiat payments, which makes them vulnerable to sanctions,” it pointed out in a statement, further emphasizing:

The United States is committed to ensuring that no asset, no matter how complex, becomes a mechanism for the Putin regime to offset the impact of sanctions.

Bitriver is a major operator of mining datacenters which was founded in Russia in 2017. It has three Russian offices, with 200 full-time employees, and maintains a presence in several other countries, including the U.S. Last year, Bitriver transferred legal ownership of its assets to the Zug, Switzerland-based holding company Bitriver AG.

According to its website, Bitriver specializes in providing hosting services and turnkey solutions for large-scale crypto mining, data management, and blockchain and AI operations to institutional investors. The company brands itself as the “world’s largest hosting provider for green cryptocurrency mining” as it utilizes hydroelectric power to run its mining facilities.

A report by Bloomberg, in late 2019, linked Bitriver’s mining center in the Siberian city of Bratsk to the energy firm En+ Group Plc and its unit United Co Rusal. Russian billionaire Oleg Deripaska used to control the two companies.

Deripaska was sanctioned by the U.S. in 2018 for reasons related to Russia’s annexation of Crimea in 2014. The entities were also under sanctions for almost a year before the oligarch reached an agreement with the U.S. Treasury to cut his control, the article unveiled.

OFAC has now also designated the Russian commercial bank Transkapitalbank and more than 40 individuals and entities led by another Russian oligarch, Konstantin Malofeyev. The agency claims these actors’ “primary mission is to facilitate sanctions evasion for Russian entities.”

Malofeyev is on U.S. and EU sanctions lists and wanted by Kyiv for his involvement in the war in the Donbas region. The businessman, who owns the Tsargrad media group and supports President Vladimir Putin, has been accused of financing the pro-Russian separatists in Eastern Ukraine.

Do you expect the United States government to impose sanctions against more Russian crypto businesses? Tell us in the comments section below.

Metaverse graphics aim for community and accessibility — Not realism

US Treasury yields are soaring, but what does it mean for markets and crypto?