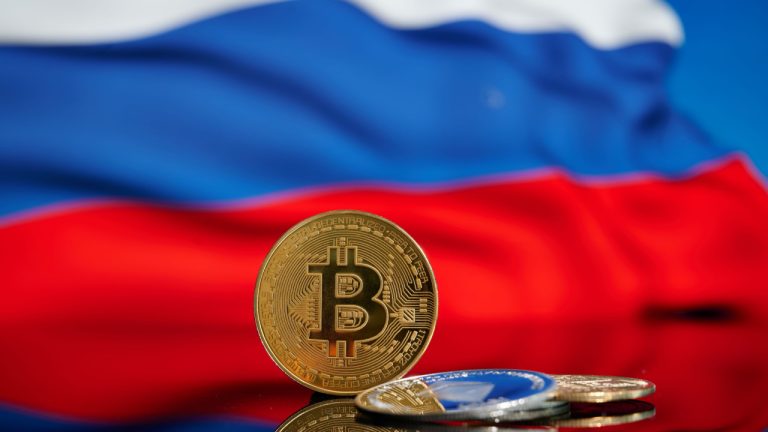 Key government institutions have agreed that Russia needs to legalize crypto payments for international settlements. The proposal has been gaining support in the past few months since Moscow’s decision to invade Ukraine was met with wave after wave of Western sanctions.

In the current conditions, “it is impossible to do without cross-border settlements in cryptocurrency,” Russia’s finance ministry and central bank have concluded after reconsidering their positions on the matter, Russian media reported. The institutions are obviously referring to the restrictions imposed over the conflict in Ukraine that have significantly limited Russia’s access to global finances.

Both financial regulators now believe that it’s necessary to legalize international settlements with cryptocurrencies, Deputy Finance Minister Alexei Moiseev revealed in an interview with the Russia-24 TV channel, quoted by the Tass news agency. He thinks this should happen soon.

The two institutions have had a long-standing clash in regards to the regulation of digital currencies like bitcoin inside Russia, with the Ministry of Finance (Minfin) pushing for the legalization of various operations with them and the Bank of Russia proposing a blanket ban earlier this year.

Moiseev admitted those differences remain. But the high-ranking official pointed out that the Central Bank of Russia (CBR) has updated its approach regarding crypto payments in the context of foreign trade relations, taking into account the changed situation. He further elaborated:

We are rethinking it. Because the infrastructure that we plan to create is too rigid for the use of cryptocurrencies in cross-border settlements, which, of course, we must first of all legalize somehow.

The deputy finance minister explained that the goal will be to give Russians the opportunity to use cryptocurrency in international payments, on the one hand, and on the other, place it under control so that there is no possibility of using it for money laundering, payment for drugs, or other illicit purposes.

The Minfin is also suggesting to allow people who now open crypto wallets abroad to have wallets offered by domestic entities supervised by the CBR. These will be obliged to comply with the country’s anti-money laundering and know-your-customer regulations, Moiseev emphasized.

In June, Bank of Russia Governor Elvira Nabiullina said that cryptocurrencies could be used for payments as long as they “don’t penetrate” Russia’s financial system. Commenting on Moiseev’s latest statements for RIA Novosti, the bank’s press service stressed the monetary authority and the finance ministry are not talking about legalizing crypto payment or exchange inside the country. Recently, Russian Prime Minister Mikhail Mishustin described digital assets as a “safe alternative” in foreign trade.

Do you think Russia will legalize international crypto payments in the near future? Share your expectations in the comments section below.

The ‘Brussels Effect’ wields real influence over US crypto regulation