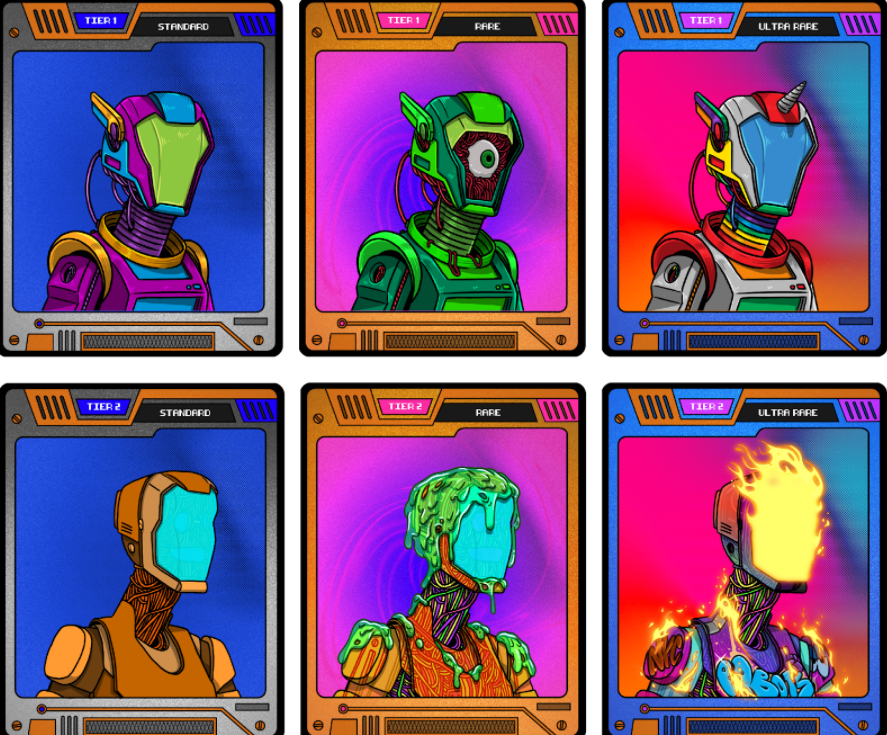 The Nitro network is set to reach yet another remarkable milestone as they enter into the NFT space as disclosed recently.

Nitro has been in crypto space for a while. It has recently seen a resounding success in pre-order sales of their Nitro ION Miners. Moreover, the company recently opened up ‘Nesting’, a unique concept with an opportunity for crypto enthusiasts to earn by hosting its device at their home or office. The device requires no more than a 10X10 inch space and has been keeping up the buzz for the company.

Now, with the motive to disrupt the Web3 space, Nitro is now out with their NFT ecosystem.

Citing a report from Deloitte, the company said in its release that the crypto economy will surpass $3 trillion in value (that’s trillion with a ‘T’) in the next few years and that Nitro Network is ideally placed to capitalize from this explosive growth.

Nitro has emphasised that IOT is the core of its NFT and DeFi ecosystems.

“Users can invest in miners that are purchased and minted in the form of NFTs and they call them NFM (Non Fungible miners). These NFM are the flagship offering of the network,” the statement reads.

Nitro’s ‘miner’ concept is one of a kind. Nitro miners are NFTs with attributes of a physical miner integrated in a digital format, rather than the user having to pay for the energy, internet, and hosting charges that actual miners require.

Nitro’s technology comes in handy and is an enticing benefit for prospective investors, given the high cost of dedicated mining equipment, large power bills, and minuscule profits.

With a view to solve the technical roadblocks, Nitro has pioneered the creative technique of mixing digital mining with the developing NFT industry, which is already quite popular among today’s digital investors.

Through this approach, those who pre-ordered Nitro Ion miners and those considering getting into crypto mining won’t have to worry about the lengthy shipping delays that are affecting every sector including prohibitive operational costs.

Buyers who purchase an NFM from Nitro Network’s native marketplace receive not just a one-of-a-kind NFT, but also the Nitro ecosystem’s incentives.

Take a look at these NFTs released by Nitro :

The Nitro NFT has a number of benefits. NFTs are divided into three tiers, each with its own set of benefits (unlike most NFTs).

Distinct NFTs and their features:

As mentioned earlier, Nitro is giving access to three distinct levels of NFTs, with the amount of NCash incentives earned by each ‘NFT’ reflecting the tier.

NFTs are divided into three tiers:

Nitro makes it all even more interesting. The company has disclosed that all pre-orders until the last batch (now live and priced at $450) will be immediately upgraded to a Tier 1 NFT (worth $750), which will operate as your “virtual miner” and will let you earn the highest rewards.

NFT price is dependent on the tier and distinct rarity qualities of the collection, similar to the NFTs listed at OpenSea, LooksRare, or Rarible, recognized in the cost of Nitro Network’s NFTs.

“Like other blue chip projects, Tier 1 and 2 NFTs with hyper rare, rare, and ultra rare features tend to sell at a higher price and general dynamics like personal aesthetics, rarity traits and whether or not the NFT is from a genesis collection all play a role in the secondary value of the NFT. When compared against other IoT mining solutions and the entire NFT space, Nitro Network is really pushing the envelope in a unique way.”

Over time, the NCash incentives and the emergence of alternative NFT marketplaces have blanketed the NFT, allowing investors to exchange, buy, and sell their NFTs in search of NitroBots with rarer characteristics. Not only that, most retail investors these days enter the crypto market to earn profits by buying and selling the token and NFTs. They exactly don’t know what more they can do? Max stake and put in liquidity Pools.

Nitro takes it a step further since NFT also gets you into the Nitro Network.You had money, you bought the token. Now what? Well buy NFM (Non-fungible Miners) which is basically a miner and enjoy mining while styling yourself. It has its own benefits, people lose out their money with typical buying and selling. While this NFM has less risk, real world utility of creating PCN for you and at the same time gives you daily rewards. Above all this, you are also eligible to participate in Nesting and Staking.

Remember, these programs are being run simultaneously by Nitro Network and they have had a highly significant success in a short span. So getting in the network via NFT with these complementary advantages is a huge plus and holds even better prospects for the future.

What is the Nesting process?

Nesting is the process of sustaining a network hosting point. Holders will essentially operate as a hotspot on the network once they join.

Nitro Nesters will be the only participant in the 1 kilometre radius, unlike other IoT solutions that may not guarantee a consistent rate of rewards owing to network overload or lack of coverage concerns. If two persons within a one-kilometer radius both meet the conditions for becoming a Nitro nester, the first come, first served methodology will be used. Priority will be given to the first nester to register and complete their verification.

Nesting solves the problem of uneven reward distribution among miners. Individuals donate their unused GPU through hotspot in the nesting scenario. The nester is a person who provides internet access through IoT devices or a hotspot.

Nitro Nesting’s main goal is to link outdoor locations such as amusement parks, local stores, and malls so that they may access data through a private data network.

The ION miner makes use of the nester’s GPU, for which the nester is compensated. Nitro Network is actually decentralising the crypto paradigm with IoT and nesting using this technique, giving both the miner and the nester a piece of the pie.

The availability of nesting possibilities is a unique feature, and Nitro’s NFT tiers strive to democratise and open up our network to everyone. Everyone can be a winner.

What is Nitro Nesting and why will it beat the Helium model? 

Binance proof of reserves is ‘pointless without liabilities:’ Kraken CEO