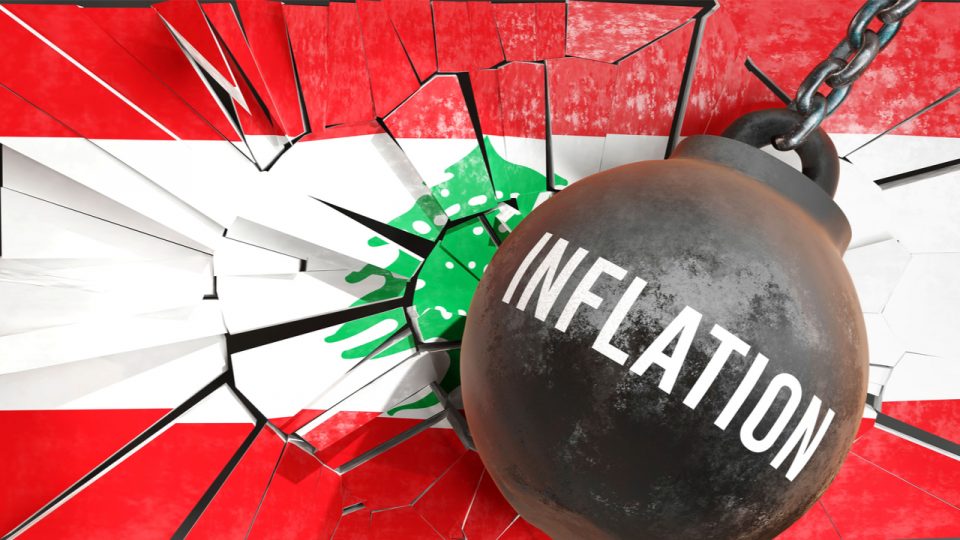 As political leaders in crisis-hit Lebanon bicker over positions in the yet-to-be-formed government, the country’s runaway inflation rate surged to 211% in May 2022, new data has shown. Economist Steve Hanke insists that a currency board is a solution to Lebanon’s currency woes.

The inflation rate in crisis-torn Lebanon surged to 211% in May, making it the 23rd consecutive time the consumer price index (CPI) has surged, a report has said. The revelation of the latest inflation figure comes as the country’s politicians reportedly struggle to form a new government more than a month after parliamentary elections.

According to a National News report, the politicians’ failure to create a new government is delaying the implementation of key reforms that allow Lebanon to receive a $3 billion bailout from the International Monetary Fund (IMF). The report also quotes a note from Byblos Bank that attempts to reveal factors likely to be worsening the inflation situation. The note asserts:

The inability of the authorities to monitor and contain retail prices … as well as the fluctuation of the Lebanese pound’s exchange rate on the parallel market and the gradual lifting of subsidies on hydrocarbons, have encouraged opportunistic wholesalers and retailers to raise the prices of consumer goods disproportionately.

The bank reportedly added that the smuggling of imported products, as well as the emergence of a black market for fuel, had contributed to the latest surge in the inflation rate. As noted in the report, transport costs alone had in a period of 12 months gone up by 515%. The health sector had the second highest surge as prices have gone up by 468% during the same period.

The National News report also asserts that Lebanon, whose public debt now exceeds $100 billion, needs to have a government in place in order for it to access a further $11 billion that was pledged by donors in 2018. Nevertheless, this funding only becomes available once the required reforms have been carried out.

Meanwhile, Johns Hopkins University professor and economist Steve Hanke recently argued in a tweet that an IMF bailout is not going to stop what he called “Lebanon’s economic death spiral.” Instead of attempting to rescue a collapsed currency, Hanke recommends a currency board.

“Since Jan 1st, 2020, the Lebanese pound has depreciated 92% against the USD. The Mikati government won’t stop Lebanon’s economic death spiral with a flawed deal with the IMF. The only way for Leb to establish confidence & stability is to install a Currency Board,” the economist argued.

What are your thoughts on this story? Let us know what you think in the comments section below.

Cappasity to Launch the Solution for Creating NFT-Based Loyalty Programs

Here’s Why Luna Foundation Gaurd (LFG) Might Not Be Honest About Their Bitcoin Reserves!

Pantera CEO bullish on DeFi, Web3 and NFTs as Token2049 gets underway