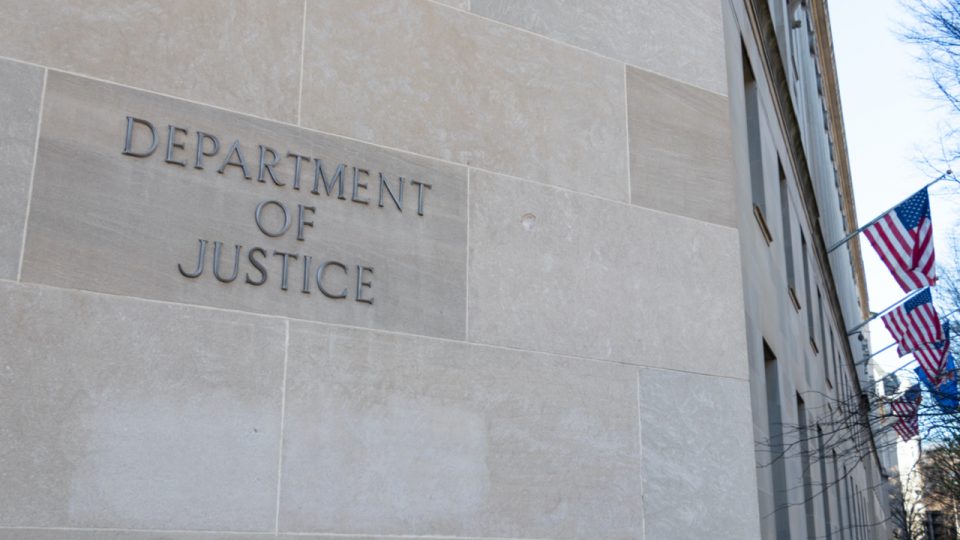 On April 4, 2022, the Department of Justice (DOJ) and the U.S. Attorney’s Office of South Florida revealed that law enforcement seized $34 million in crypto assets from an unidentified man living in Florida. According to the DOJ, the man allegedly conducted more than 100,000 sales on darknet markets, selling online account information tied to people’s Netflix, HBO, and Uber accounts.

The DOJ and U.S. Attorney’s Office of South Florida announced on Monday that $34 million in cryptocurrencies were forfeited to the federal government. The funds stem from a South Florida resident that allegedly sold online information like financial details tied to specific web services like Netflix, Uber, HBO, and many others.

Reportedly, the man took the private information to darknet markets on the deep web using the privacy-enhancing Tor browser and sold the data for crypto. The unidentified man is accused of conducting more than 100,000 sales with stolen information. While the federal authorities seized the $34 million in digital assets, the suspect from the suburban city of Parkland, Florida was not named or charged in the official press release.

U.S. law enforcement did say it was “one of the largest cryptocurrency forfeiture actions ever filed by the United States.” According to the DOJ press release, the unidentified Parkland suspect allegedly used “tumblers,” “crypto mixers,” and “chain hopping” to conceal his proceeds. The DOJ says the man leveraged mixers and chain hops to “obscure the original source of funds.”

The forfeiture action stemmed from a special operation dubbed “TORnado,” and it involves a great number of federal, state, and local law enforcement agencies. In addition to the DOJ, the “RS-CI, FBI, DEA, Homeland Security Investigations (HSI), and U.S. Postal Inspection Service (USPIS) investigated the case” as well.

U.S. law enforcement, particularly the DOJ, has been busy with various criminal cases that involve digital assets in recent times. At the end of March, the DOJ revealed the agency charged two individuals in a million-dollar “NFT rug pull” scam.

In mid-November 2021, the DOJ was dealing with the sale of $56 million in seized Bitconnect funds stemming from the crypto Ponzi’s “number one promoter.” The DOJ was also involved with the recent seizure of 94,636 BTC that came from the 2016 Bitfinex hack.

Ethereum L2 Boba Network valued at $1.5B following Series A

These are the Bottoms Levels for Bitcoin & Ethereum As Per the CEO of Galaxy Digital, Mike Novogratz!

Hodlers and whales: Who owns the most Bitcoin in 2022?