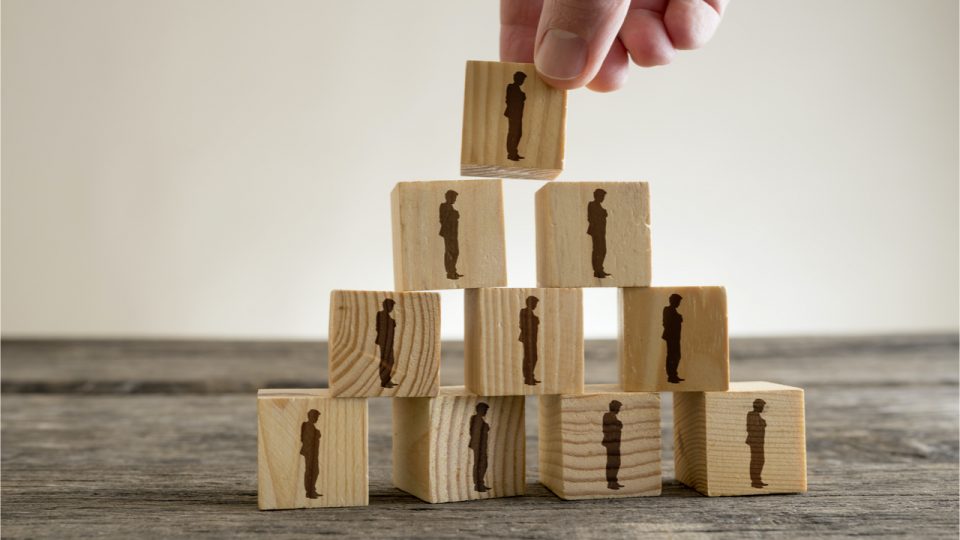 Authorities in China recently announced the arrest of ten suspects they say are behind an online pyramid platform that is thought to have stolen millions of dollars from unsuspecting users. The suspects are accused of using the promise of high returns and a regular income to lure more victims.

A ‘Unicorn in the Field of Global Applications’

Chinese authorities recently said they had arrested ten individuals behind an online platform which they believe to be a pyramid scheme, a regional report from China has said. The report suggests the scammers may have defrauded unsuspecting investors of more than $15 million or 100 million yuan.

According to the report, the arrests of the unnamed suspects followed the completion of a six-month investigation into the activities of the platform. The probe was initiated after authorities reported seeing the initial use of digital currency to implement the pyramid scheme in Shanghai.

One of the probing teams, the Economic Investigation Team of the Shanghai Public Security Bureau (EITSPS), said the masterminds of the pyramid scheme had bolstered their scam claims that they provided “value-added services for virtual currency investment.” The scammers also told users that their project was a “unicorn in the field of global applications.”

However, after completing the investigation, Chinese law enforcement found the online pyramid scheme, which had been established in 2020, had servers abroad. These servers, according to the report, were controlled by the prime criminal suspect known only as “Mou.” Through the so-called blockchain technology-promoting company, the promise of a high return as well regular payouts, Mou and his accomplices were able to lure unsuspecting investors.

Mou is also believed to have created a publicity and promotion team to woo more users to pay membership fees. This team would also establish social media chat groups which they would use to recruit more users to join the scam. Before their arrests, the suspects had successfully developed more than 60,000 member accounts, the report said.

NFTs liberate imagination: The gender gap that needs to be addressed

Study: Switzerland Has ‘the Most Profitable Bitcoin Traders’ Worldwide, While France ‘Is the Best Bitcoin Trading Nation’

With Over 90% of BTC’s Supply Issued, Bitcoin’s Mining Difficulty Reaches a Lifetime High