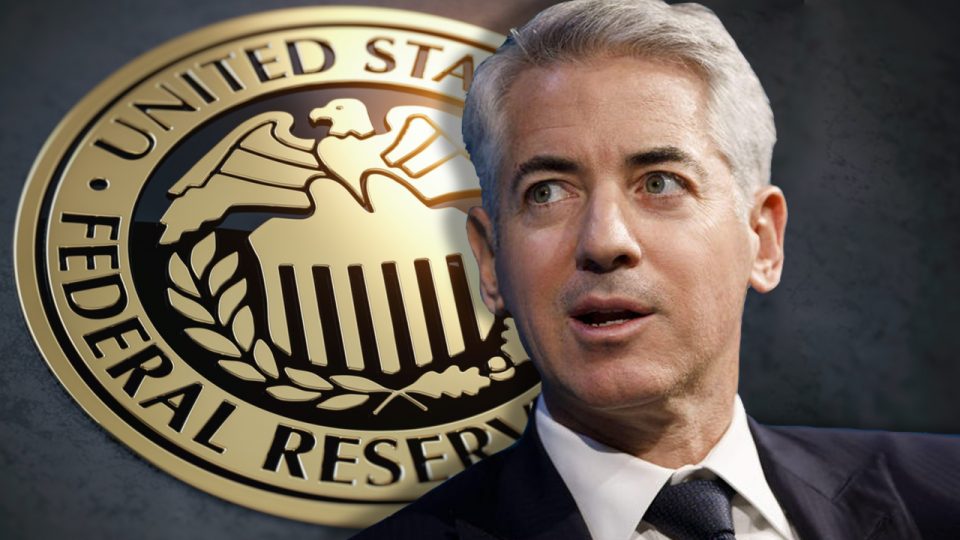 Billionaire hedge fund manager and founder of Pershing Square Capital Management, Bill Ackman, believes “inflation is out of control.” The investor thinks that if the Federal Reserve “doesn’t do its job” by applying “aggressive monetary tightening,” the U.S. economy could collapse.

While the headlines talk about the Federal Reserve’s chair, Jerome Powell, getting “aggressive” with monetary policy by implementing rate hikes and revealing the central bank would tighten large asset purchases this summer, many economists and financial players don’t believe the Fed can do its job. Moreover, Atlanta Fed president Raphael Bostic told the press that Fed policymakers could pause interest rate hikes.

On Tuesday, founder of Pershing Square Capital Management Bill Ackman explained on Twitter that if the Fed doesn’t step in to fix inflation, the market will complete the job.

“Inflation is out of control. Inflation expectations are getting out of control,” Ackman tweeted. “Markets are imploding because investors are not confident that the Federal Reserve will stop inflation. If the Fed doesn’t do its job, the market will do the Fed’s job, and that is what is happening now.” The billionaire hedge fund manager, who is also considered an “activist investor,” further added:

The only way to stop today’s raging inflation is with aggressive monetary tightening or with a collapse in the economy. With today’s unprecedented job openings, 3.6% unemployment, long-term supply/demand imbalances in energy, ag and food, housing, and labor, and with the wage-price spiral that is underway, there is no prospect for a material reduction in inflation unless the Fed aggressively raises rates, or the stock market crashes, catalyzing an economic collapse and demand destruction.

Ackman is not the only one that’s concerned about the Federal Reserve’s ability to stop inflation. Gold bug and economist Peter Schiff doesn’t think inflation will let up, no matter what the Fed does.

“Don’t try to figure out why inflation is so high now, but why it’s been so low in the past,” Schiff said on Tuesday. “Once you understand how inflation entered the economy and the long lag between rising asset prices and rising consumer goods prices, you’ll understand why high inflation is here to stay.”

“In the last day or so, various current and former Fed members have waffled and made dovish remarks proposing a modest increase in rates and a pause in the fall,” Ackman tweeted. “The Fed has already lost credibility for its misread and late pivot on inflation. There is no economic precedent for 200 to 300 bps of fed funds addressing 8% inflation with employment at 3.6%.”

Similar to Schiff’s commentary, the Pershing Square founder explained that inflation could end up being a long-term problem. Ackman continued:

Current Fed policy and guidance are setting us up for double-digit sustained inflation that can only be forestalled by a market collapse or a massive increase in rates.

The difference between Schiff and Ackman is the Pershing Square hedge fund manager seems to be a bit more hopeful the Fed will get things right, in contrast to Schiff, who believes the central bank will ultimately fail. Ackman thinks poor policy is the reason no one is buying stocks and talked about how the “downward market spiral [can] end.”

“It ends when the Fed puts a line in the sand on inflation and says it will do ‘whatever it takes,’” Ackman concluded on Tuesday. “And then demonstrates it is serious by immediately raising rates to neutral and committing to continue to raise rates until the inflation genie is back in the bottle. Stocks (of real businesses) are cheap once again.” Ackman further said:

Markets will soar once investors can be confident that the days of runaway inflation are over. Let’s hope the Fed gets it right.

What do you think about Bill Ackman’s recent Twitter thread about inflation and the Fed stepping in to fix the situation with aggressive monetary policy? Let us know what you think about this subject in the comments section below.