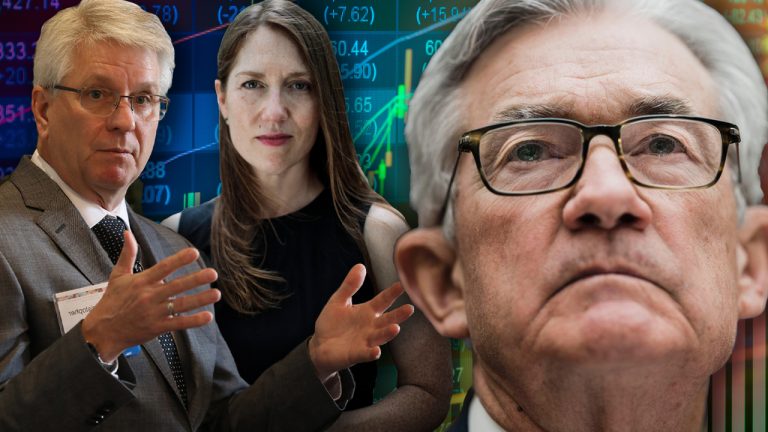 Equities, precious metals, and cryptocurrencies have been on a tear during the last three weeks of 2023, and all eyes are now focused on the next Federal Open Market Committee (FOMC) meeting, which is 11 days away. On Friday, Federal Reserve governor Christopher Waller said that he favors a quarter-point benchmark rate increase at the next FOMC meeting. Analysts believe that current market trajectories will be dependent on the outcome of the next Fed meeting.

Markets Still on Edge Ahead of Fed Meeting Despite Equities, Cryptocurrencies, and Precious Metals Rallying in 2023

On Saturday, Jan. 21, 2023, at 2:45 p.m. Eastern Time, the global cryptocurrency market capitalization was up 5.87% over the previous day and hovering around $1.06 trillion in value. The leading crypto asset, bitcoin (BTC), had climbed 11.63% higher against the U.S. dollar in the past seven days. The second-leading digital currency in terms of market valuation, ethereum (ETH), had risen 8.33% that week against the greenback. The increase in value of these two crypto assets has also increased the U.S. dollar value of the thousands of digital currencies below BTC and ETH.

Precious metals have done well too with a troy ounce of gold trading for $1,927.30 per unit and silver trading for $24.01 per ounce. Like cryptocurrencies and stocks, precious metals have rallied in 2023, erasing the losses that took place in Dec. 2022. Gold enthusiast Peter Schiff believes the price of the precious yellow metal will grow higher this year. “Gold is now trading above $1,934, its highest price since April of 2022,” Schiff tweeted on Jan. 19. “Gold stocks, however, still haven’t even taken out last week’s high. In fact, gold stocks need to rise 30% from here just to get back to where they were trading in April of 2022. This sale may not last long,” he added.

Speaking with Kitco News, OANDA senior market analyst Edward Moya detailed that gold prices will remain indifferent until the Federal Reserve’s February 2023 meeting. “It’s going to be choppy,” Moya said. “I’m neutral on gold until the Fed’s meeting on February 1. Major resistance is at $2,000. But I would be surprised if we move above $1,950. We’re likely to consolidate here until the Fed meeting,” the market analyst added. Market analysts and macroeconomic experts have no idea what the Fed will do at the FOMC meeting. Some believe an aggressive tightening schedule will continue, while others expect the Fed to ease up and pivot with a ‘soft landing.’

The Biden administration and White House economist Heather Boushey told Reuters that current leaders do not expect a recession. “The steps have been taken and it looks like we’re in a very good position to have that soft landing that everyone’s talking about,” Boushey insisted. On Friday, Federal Reserve Governor Christopher Waller told reporters at a Council on Foreign Relations conference in New York that he favors a smaller rate hike than the previous seven. So far, the Fed has implemented seven rate hikes in 2022, two of which were half-point rises and five were three-quarter-point increases. Waller can envision a quarter-point increase at the next FOMC meeting next month.

“I currently favor a 25-basis point increase at the FOMC’s next meeting at the end of this month,” Waller told the press. “Beyond that, we still have a considerable way to go toward our 2 percent inflation goal, and I expect to support continued tightening of monetary policy,” the Fed governor added.

It’s quite likely that all three major markets (precious metals, cryptocurrencies, and stocks) will react in some way or another after the Fed’s next decision. Many believe the next FOMC meeting decision will be entirely dependent on inflation gauges. U.S. President Joe Biden has been tweeting about the U.S. economy during the course of the weekend as he believes the country is on the road to recovery. “Annual inflation has fallen for six straight months and gas is down $1.70 from its peak,” Biden tweeted on Saturday morning at 10:25 a.m. Eastern Time. “We’re successfully moving from economic recovery to stable growth,” Biden added.

What do you think the outcome of the next FOMC meeting will be and how do you believe it will affect the current market trajectories for equities, precious metals, and cryptocurrencies? Let us know what you think about this subject in the comments section below.

10 ways blockchain developers can use ChatGPT

SEC Chairman Warns Most Crypto Will Fail — Says ‘Don’t Get Caught up in FOMO, Fear of Missing Out’