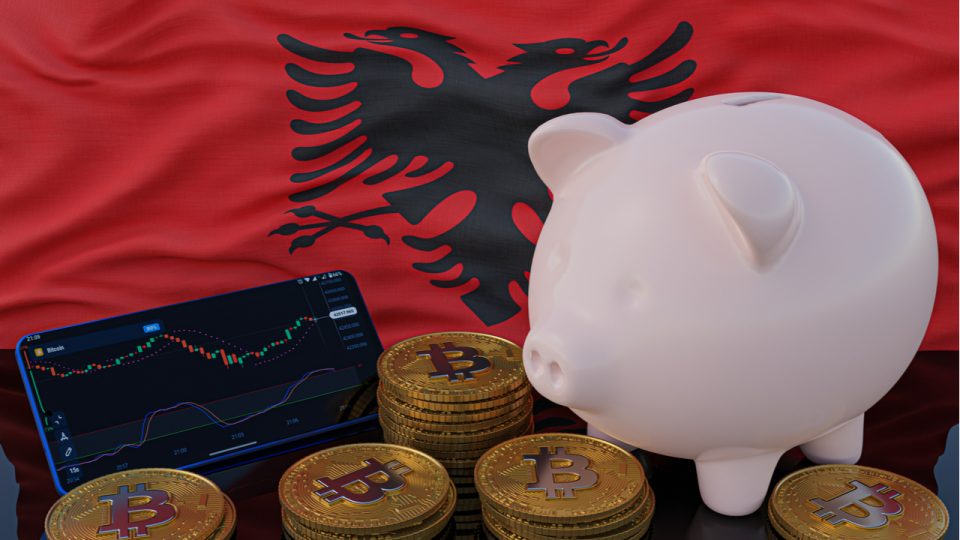 Authorities in Albania are finalizing regulations that will allow the taxation of income and profits from cryptocurrency investments. The government intends to begin imposing the levy in 2023, after adopting the necessary legislation which has been proposed for public consultations.

Albania Set to Impose Crypto Tax as Early as Next Year

The Albanian state should begin collecting taxes on income from crypto assets as of 2023 in accordance with a new income tax bill, the local English-language portal Exit News reported on Friday. The government also hopes to pass a number of other laws and bylaws this year in order to comprehensively regulate the matter.

The special tax legislation is currently open for public consultations. It introduces the concept of taxing crypto holdings and income derived from virtual assets. The latter have been defined as “a digital representation of a value that can be deposited, traded or transferred in digital form, and that can be used for payment or investment purposes or as a medium of exchange, including but not limited to cryptocurrencies.”

However, the definition does not cover central bank digital currencies (CBDCs), the report notes. That’s despite a growing number of monetary authorities around the world developing a digital version of their national fiats. The list includes major powers such as the United States, the European Union, China, and the Russian Federation.

The Albanian law also defines cryptocurrency mining as an activity using computing power to confirm transactions and gain virtual assets in exchange. The extraction of cryptocurrencies has been a grey area although law enforcement has been going after illegal mining facilities in the country and pressed charges against some of their operators.

Under the new legislation, any income from crypto transactions or mining will be classified as corporate income when it’s received as a result of business activity. And when the beneficiaries are private individuals, they will have to pay capital gains tax of 15%.

Earlier this month, the Albanian parliament ordered the Financial Supervisory Authority (AFSA) to prepare and adopt new regulations regarding cryptocurrencies by the end of 2022. Albanian law allows crypto trading platforms to legally work in the country but no licensed entities are currently operating in Albania, Exit News remarked.

Two years ago, Albania also adopted a law titled “Financial markets based on distributed ledger technology.” While many have welcomed the legislation, critics have questioned whether the small nation in South East Europe, still an EU hopeful, is capable of properly regulating its crypto sector to prevent it from being used for money laundering, something it’s struggling to achieve in the fiat space.

The legislature referenced a recent report by the Council of Europe’s Committee of Experts on the Evaluation of Anti-Money Laundering Measures and the Financing of Terrorism (Moneyval), which recommended additional steps regarding the risks associated with cryptocurrency. In November 2021, the AFSA approved its first two regulations implementing the crypto markets law, which introduced capital and licensing requirements for entities working with digital assets.

Do you expect Albania to adopt comprehensive regulations for its crypto space by the end of the year? Tell us in the comments section below.